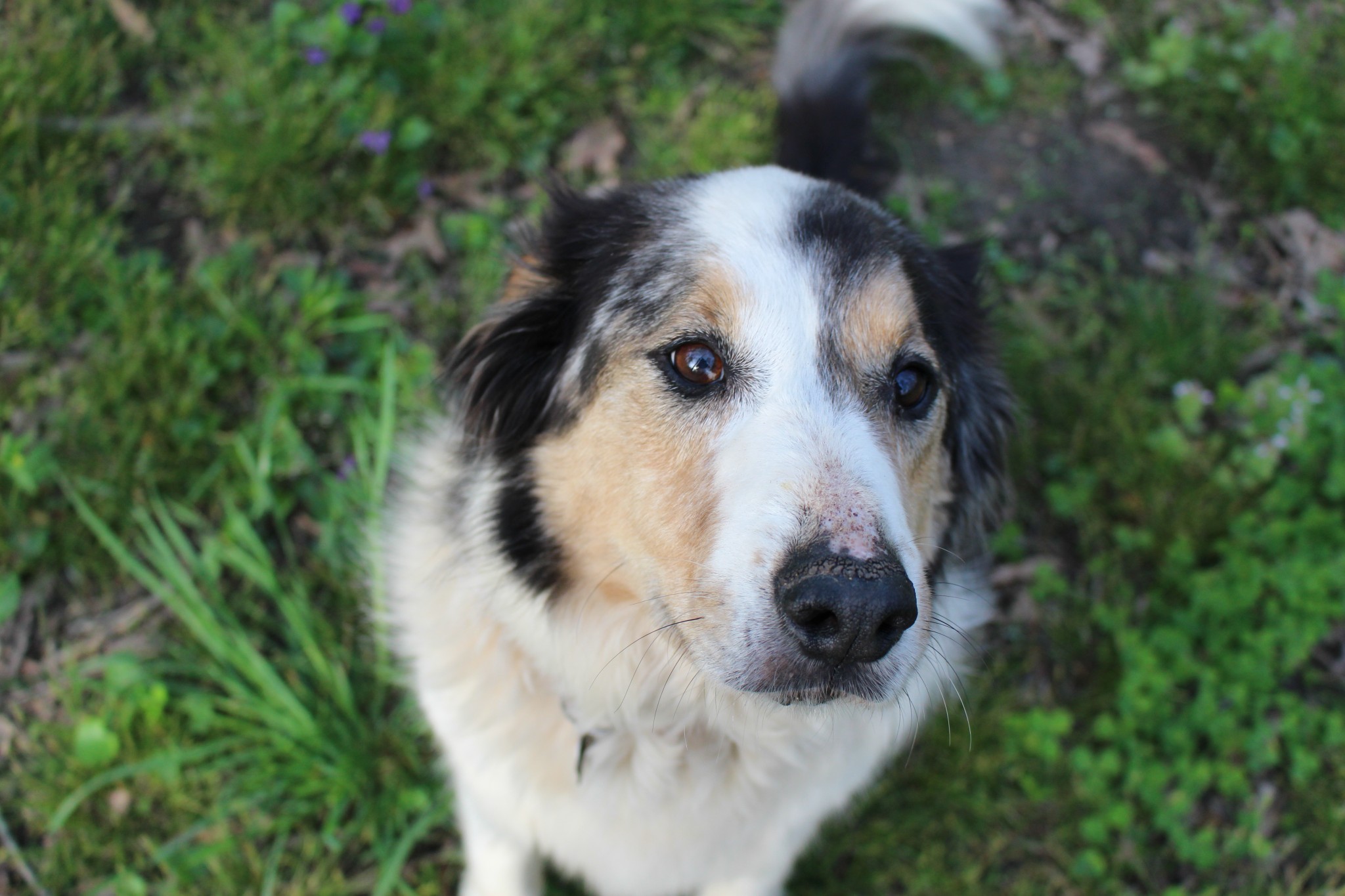 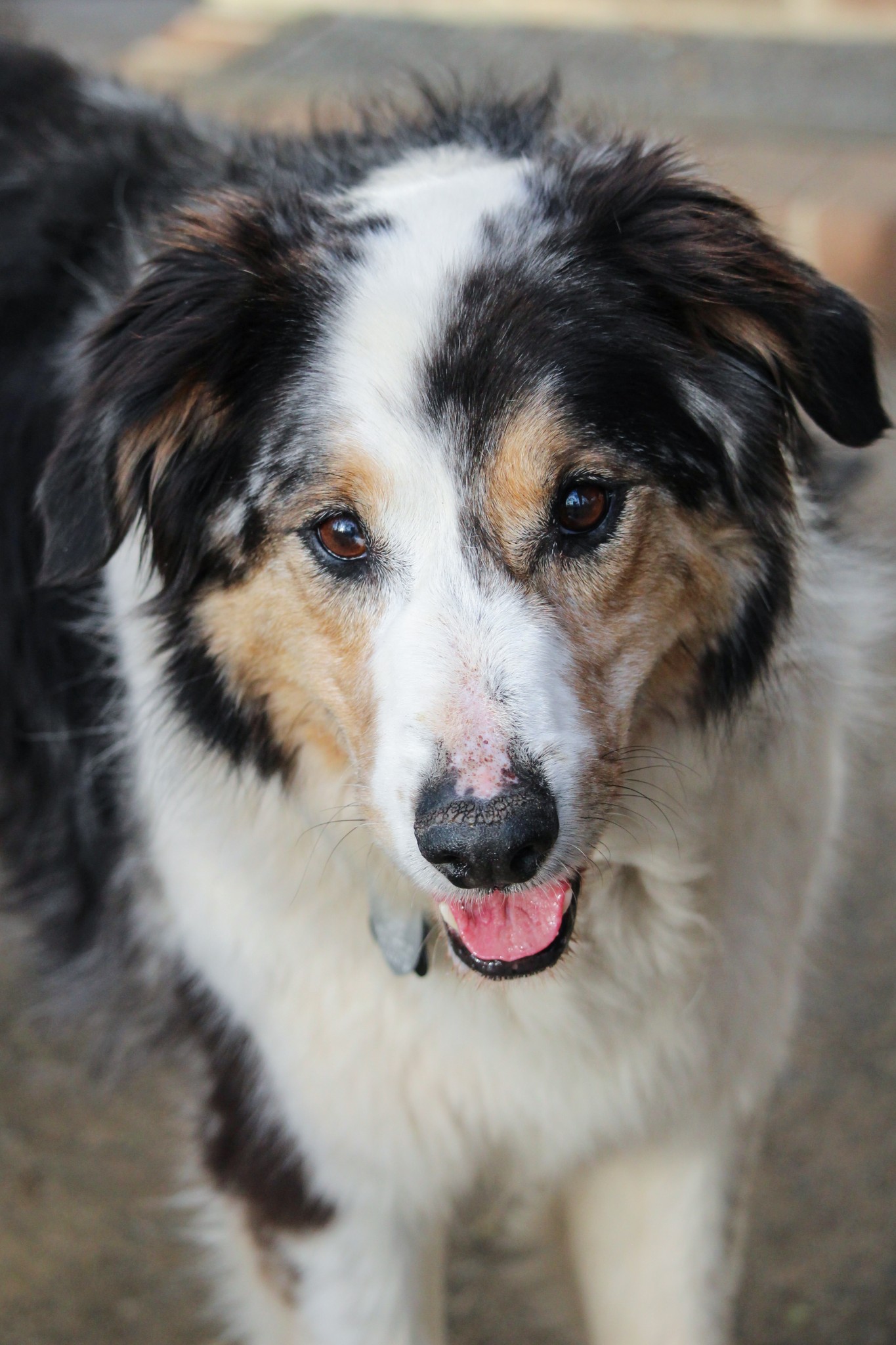 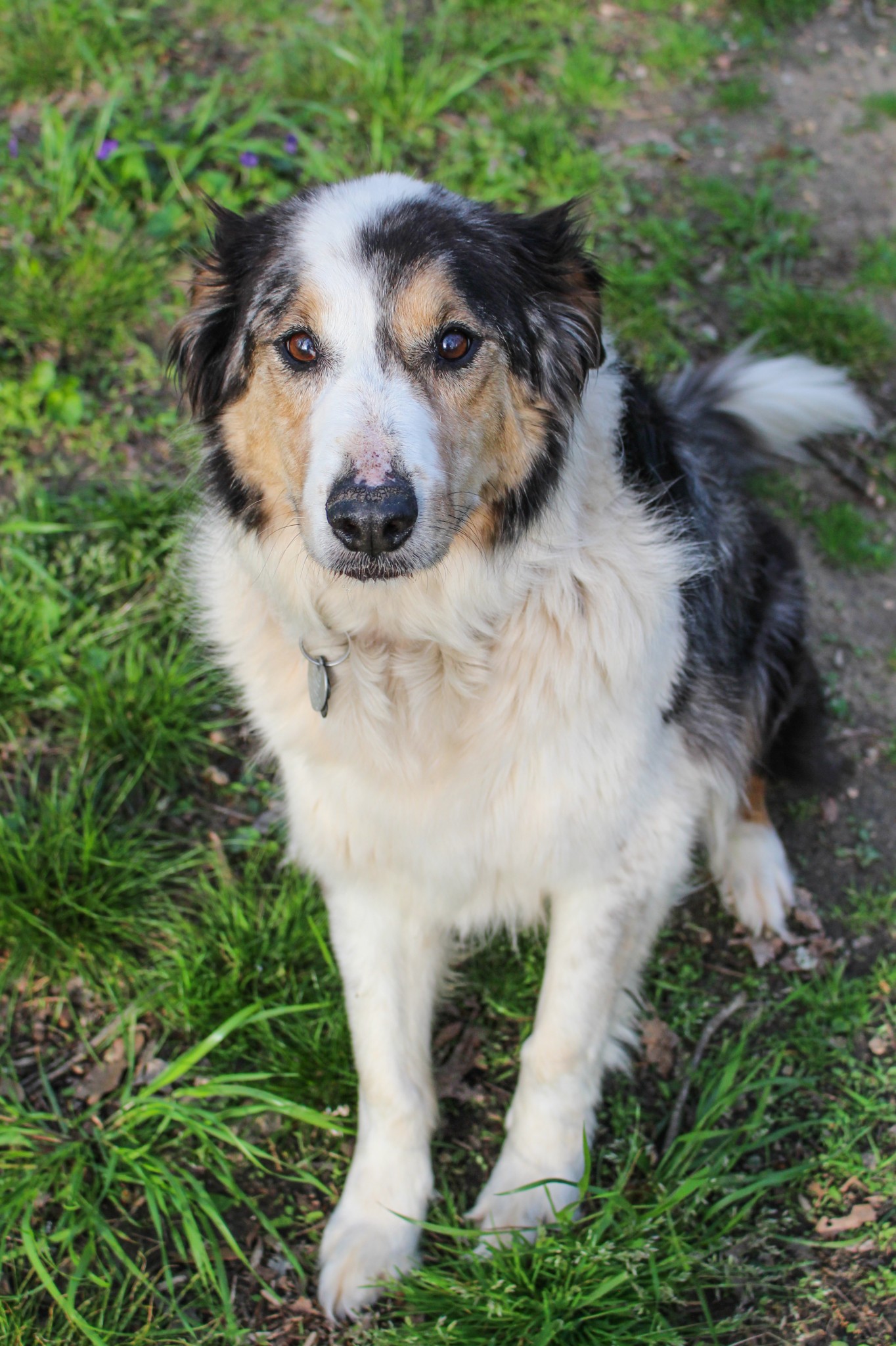 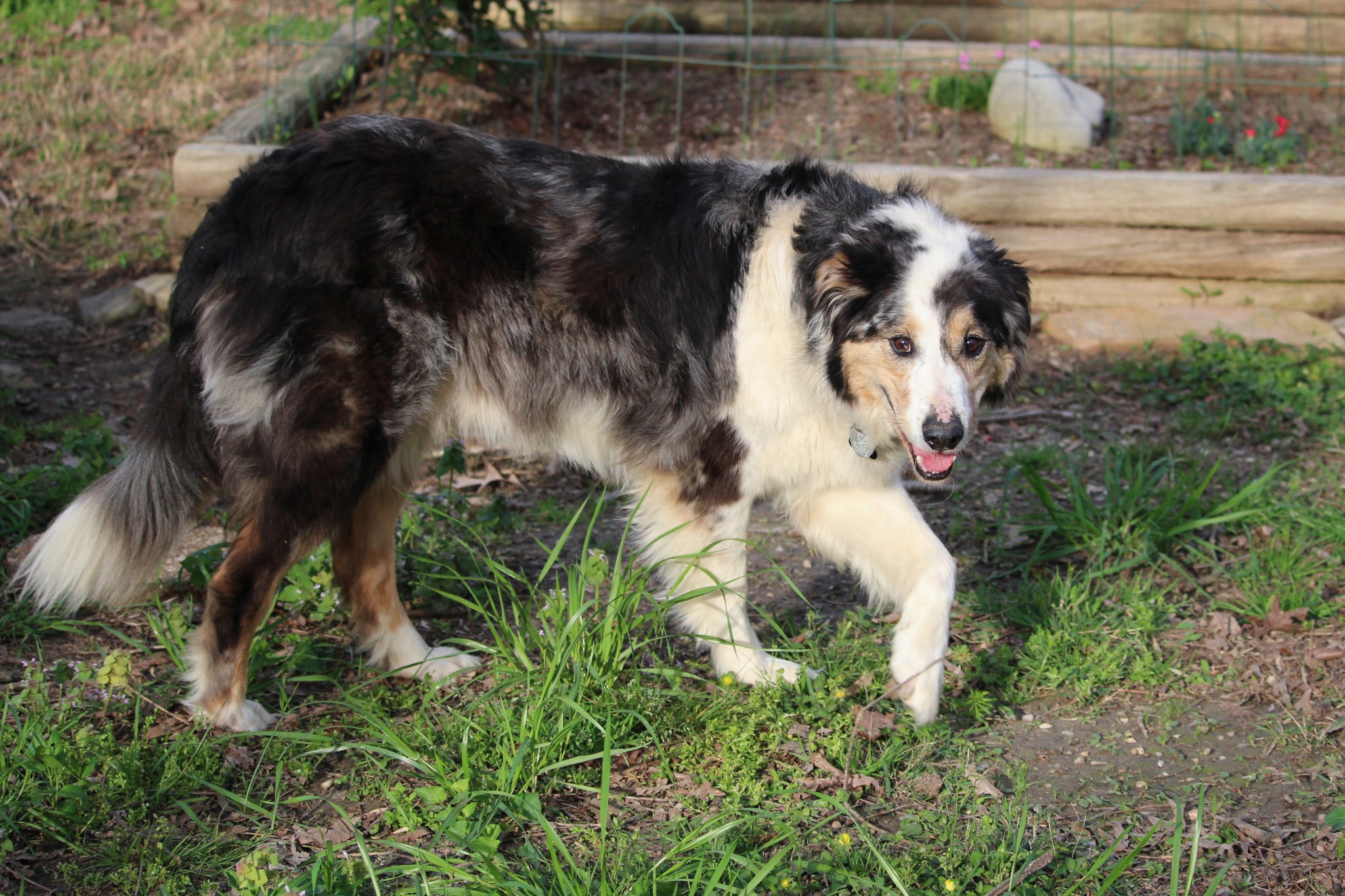 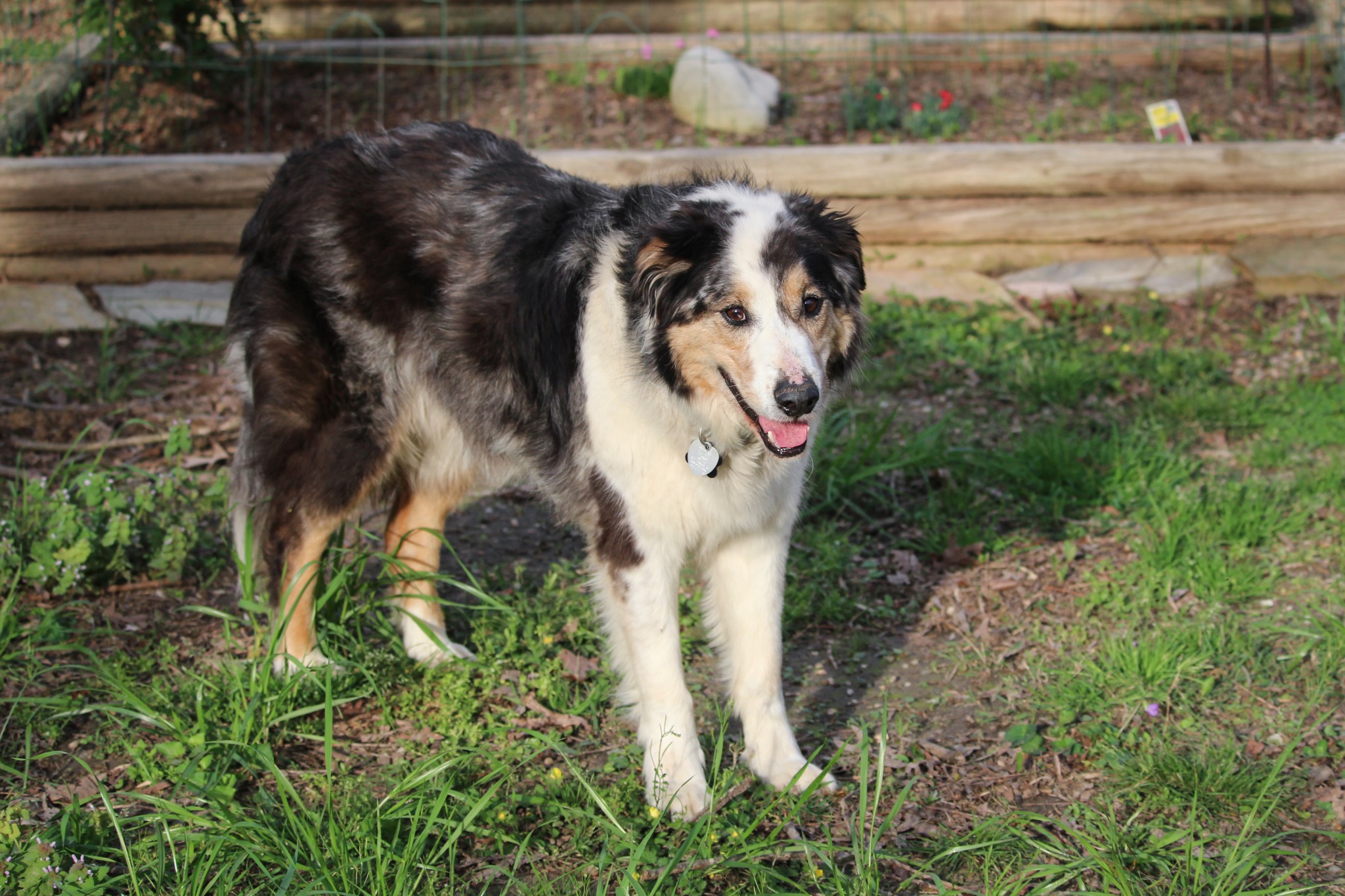 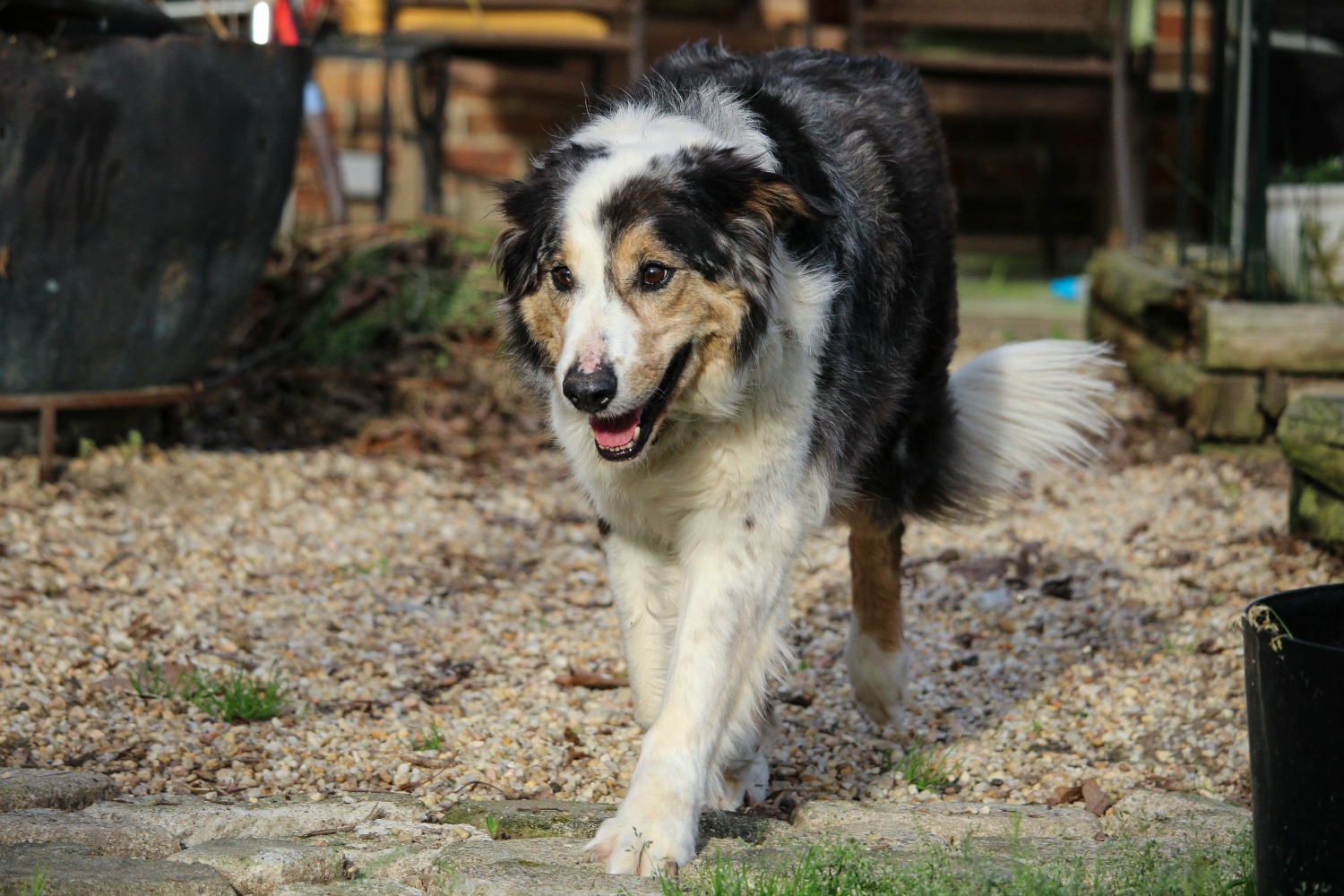 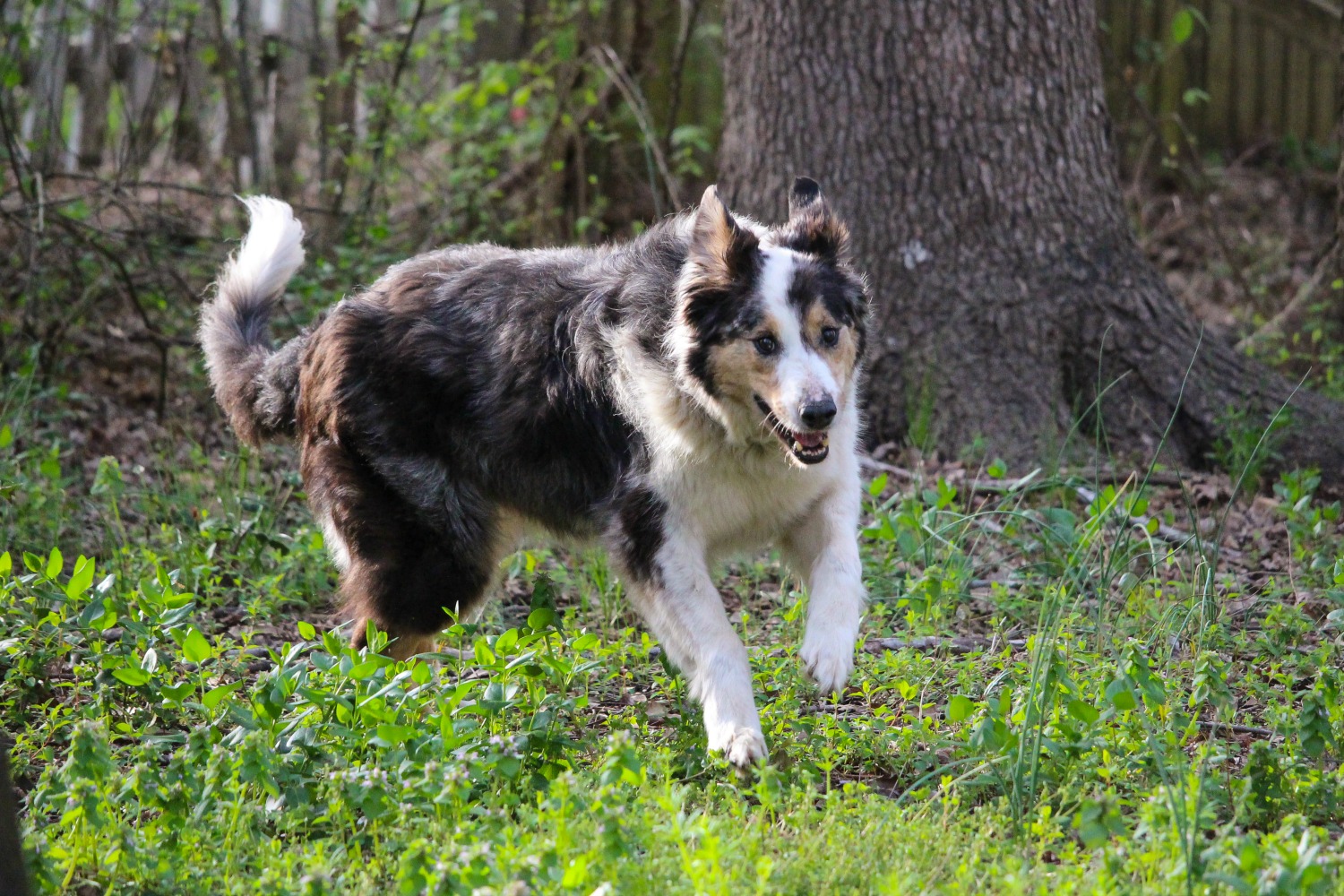 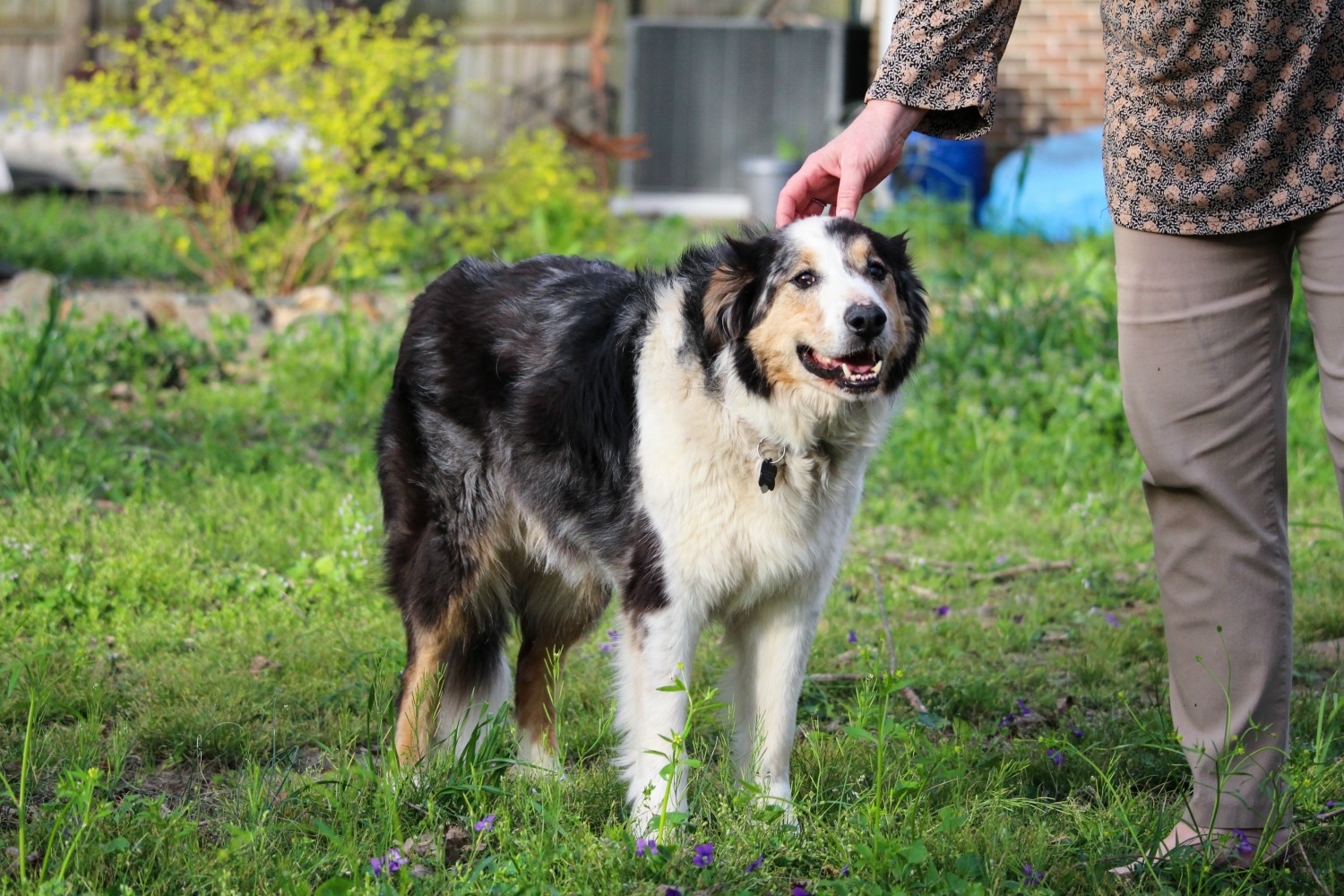 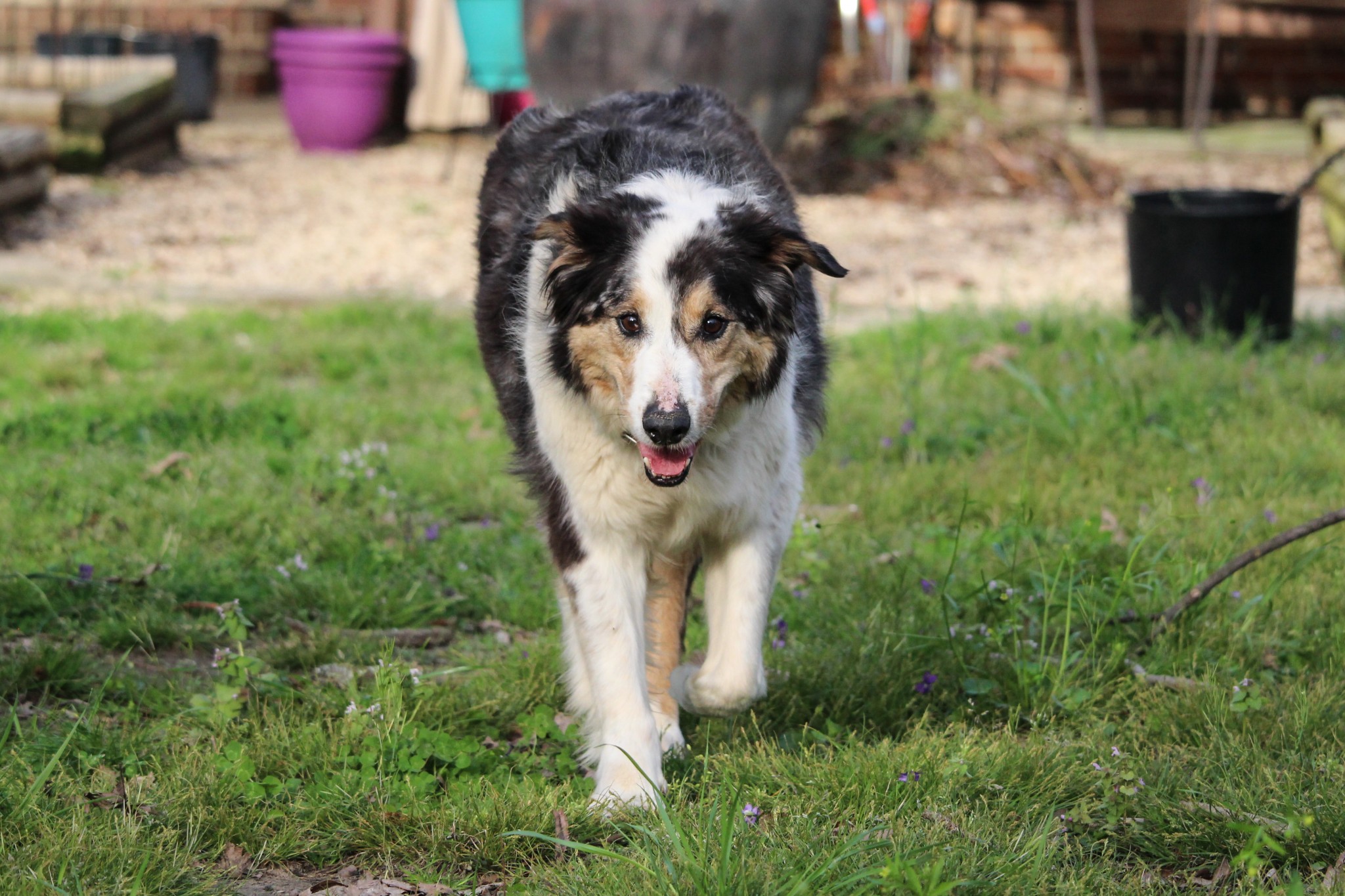 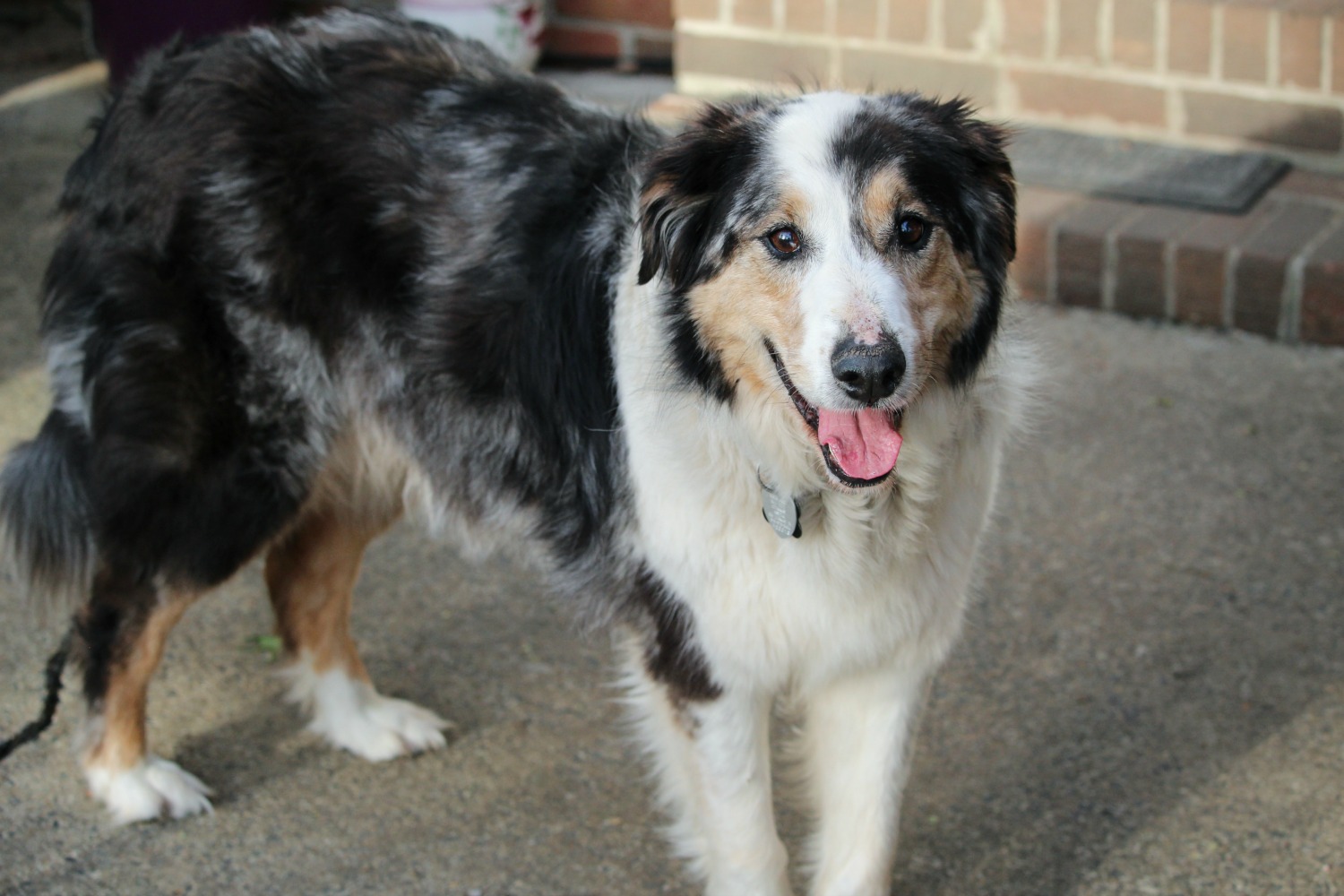 Beckett, Sir Beckett, is a true gentleman. He’s a 4-5 year old blue merle bear – his foster family endearingly calls him the “gentle giant”. Beckett is a BIG boy, and stands at about 26 inches at the withers. We are thinking that he is possibly an Aussie mixed with Great Pyrenees, given his size and laid back demeanor.

Beckett was found as a stray so we don’t know his history.  Until moving to his foster home, he didn’t have a clue about life as a family dog indoors. He was wary and hand shy at first, but now the big guy seeks out affection.

Sir Beckett learns quickly. He learned to use the dog door in a few hours, and he learned his new name just as fast. His recall is great, and he respects boundaries, fences and baby gates. He will go to a crate, but his foster family hasn’t needed to use it.

Beckett is a very soft dog, so a “no” or “uh-uh” is all he needs for correction. Please, no loud voices – he is intimidated easily and can shut down. Beckett does need some work on his leash manners, as he’s still a bit of a puller. He’s learning to play!

Beckett gets along with other dogs, cats and children. He loves kids, although, due to his size he may overwhelm little ones. This big boy wants to be someone’s Velcro dog, and would love an older child to call his own.

Sir Beckett is currently undergoing heartworm treatment, and will be available in mid-May once that has been completed. He is being fostered in Durham, NC, and his adoption fee is $250.

Fill out an application for Beckett
See Our Available Dogs