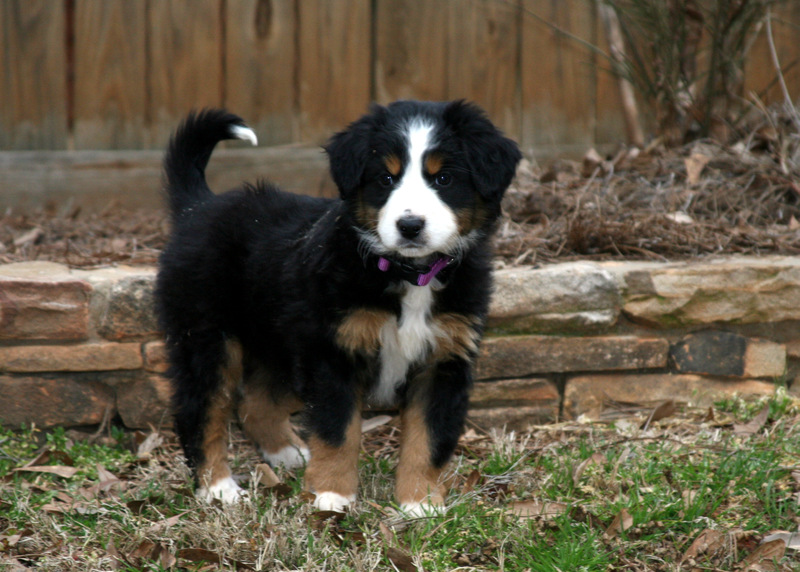 Blaire is happy, bouncy, and “the boss”!

Blaire is the only female in the litter, weighing in at only 6 pounds. Her size does not keep her from being the alpha of three or from keeping her two brothers in line.  She is very sweet, absolutely precious and very playful. She loves people, including children, and always has a “smile on her face.”

Blaire was the first to use a puppy pad; within 24 hours she had learned to go outside straight from their cage. Being so small, she had a little difficulty gong up the steps to the back yard. However, she was not about to let the boys go without her so she just worked at it until she did it. If there is ever  question about who is in charge, she simply begins to wrestle with her brothers and even takes them on at the same time.

This pup will be available for adoption the weekend of April 6. Blaire is currently fostered in Spartanburg, SC.

Fill out an application for Blaire here!