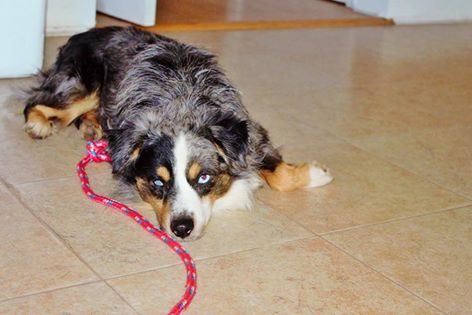 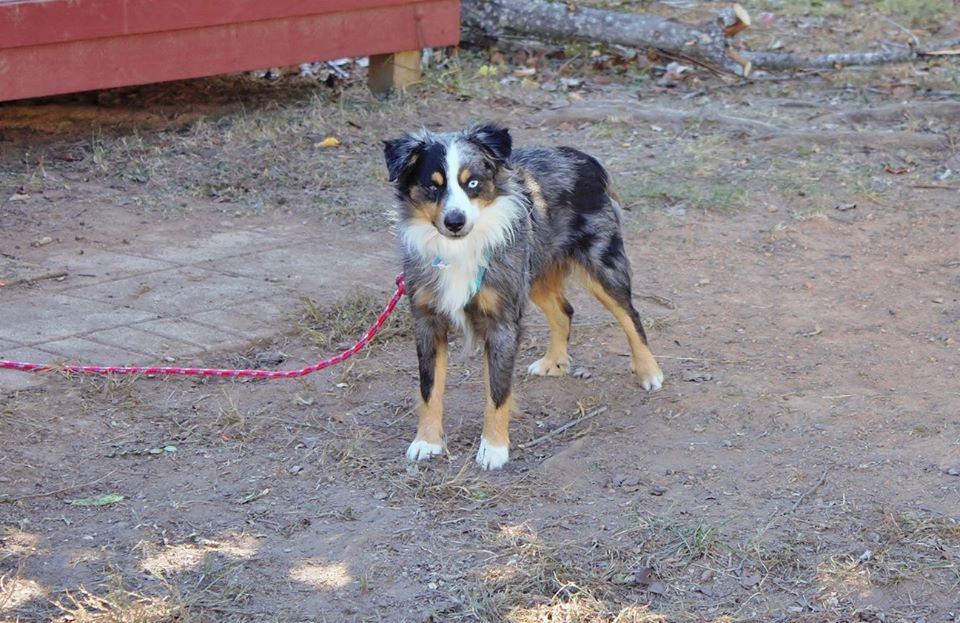 Kirby is an approximately 2-year-old, blue merle, male mini Aussie weighing in at 20 pounds who is looking for a furever family to snuggle with for the New Year. Kirby is an old soul who, like the other #MiniAussieGamers, has had a rough start to life, but since joining his foster family has started to embrace the love all Aussies should experience.

Kirby came from a hoarding situation and we imagine he didn’t have much human contact (or love) until now. During that time, Kirby lost vision in his right eye due to a traumatic injury. Overtime the injury healed, but his vision was lost (termed phthisis bulbi). A veterinary ophthalmologist has evaluated him and his other eye has completely normal health and vision.

Kirby is housebroken and submissive. Due to his sheltered roots, he comes across as shy and timid with people and it will take time for his new humans to gain his trust. On the other hand, he hit it off immediately with the foster home’s two Aussies (one dominant male and one very active female). They love to play and wrestle in the yard and snuggle on the couch. Overall, Kirby has low energy, especially for an Aussie. After 2 months he now follows his foster mom around everywhere and has settled wonderfully into his foster life.

Once Kirby has completed his neuter in late January he will be ready to join his furever family. He would do best in a home with no small children and at least one other canine companion to show him the ropes. He has done well with dog savvy cats (but does not seem the type to chase either way).

Don’t pass up this opportunity to get a snuggle bug to cuddle in 2017! Kirby is currently fostered in Charlotte, NC, is UTD on vaccinations and is microchipped.

Fill out an application for Kirby
See Our Available Dogs