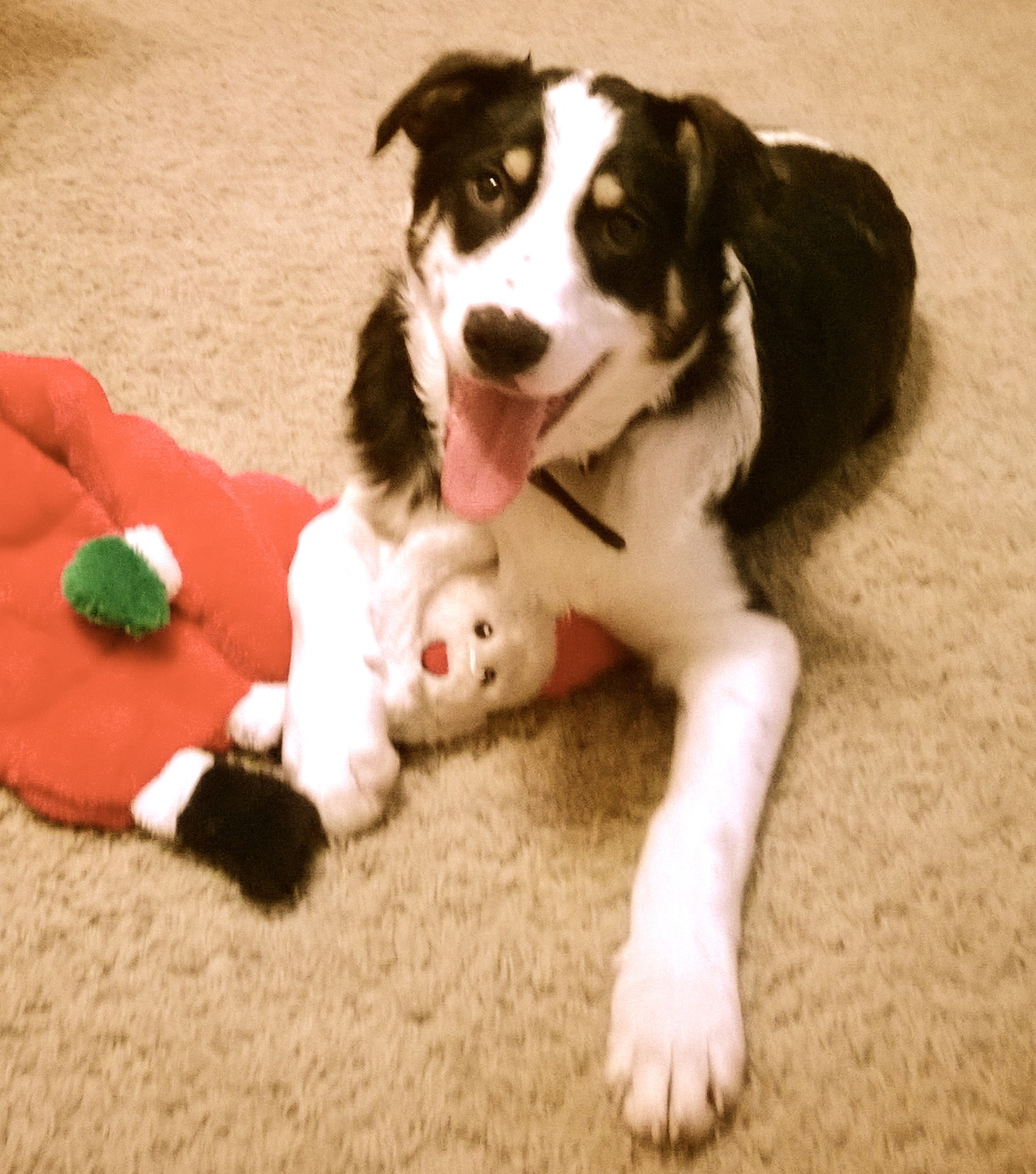 Meet Outlaw!! A sweet, shy boy with lots of love.

From Outlaw’s foster mom: Outlaw is about 5 months old and all full of floppy puppiness.  Gentle as can be; he’s even gentle with his chew toys – not denting any of them! Outlaw doesn’t nip or chew on anything but his toys (which he does have plenty of).  Absolutely great on a leash – I have NEVER had to leash correct him! Likes to walk right by your left side not even more than a body’s length ahead – super impressive for a pup. Very laid back – slept through his nail clipping, just stands there leaning his face on you during a bath, and doesn’t mind you wiping any of his paws.  He actually likes it when you are caring for him and making him cleaner and more comfortable. Not food or toy aggressive and also will not gorge or eat too quickly.  Outlaw will even leave food in his bowl if he is full. Such a smart and intuitive little man. I would venture to say that he is even housebroken! Not attention needy, but loves being close by.  Seeks comfort from his crate and won’t whine when you close the door for the night.

Update 1/19/14: He has certainly come out of his shell and is becoming less shy! He has met and melted the hearts of all the visitors we have had over the last few days – coming right up to them and asking for some love and snuggles.  He continues to do well on the leash, but likes to zigzag once in a while… but his foster brother Mishka helps him keep a straight line by walking on his other side so we make an Outlaw sandwich! He has certainly grown closer to his final estimate size of 50-55 lbs of floppy puppiness weighing in the upper 30s right now (have you seen the size of his paws!?).  Outlaw loves to be outside to play, but loves snuggling up to you even more.  He has conquered sit and down during meal time and will offer both of those whenever he sees you have something he wants – smart guy!  Housebreaking has been quite the success with him.  As long as you take him out consistently, don’t expect any messes from this guy (not even in his crate!).  He is definitely in the teething phase and has only ever gotten his mouth on a cardboard coaster which he turned to shreds while his foster mommy took a nap – I’ll take that over a shoe or furniture! Outlaw has even learned some doggie manners as we had a 4.5lb Shih Tzu sleep over this weekend. At first he was a bit too playful of a puppy for her, but he soon learned that he just needed to be a bit calmer and he could rest by her side!

Consider adopting Outlaw! He would make a great companion dog for any active human – child or adult!

Outlaw is fostered in Charlotte, NC.

Fill out an application for Outlaw here!