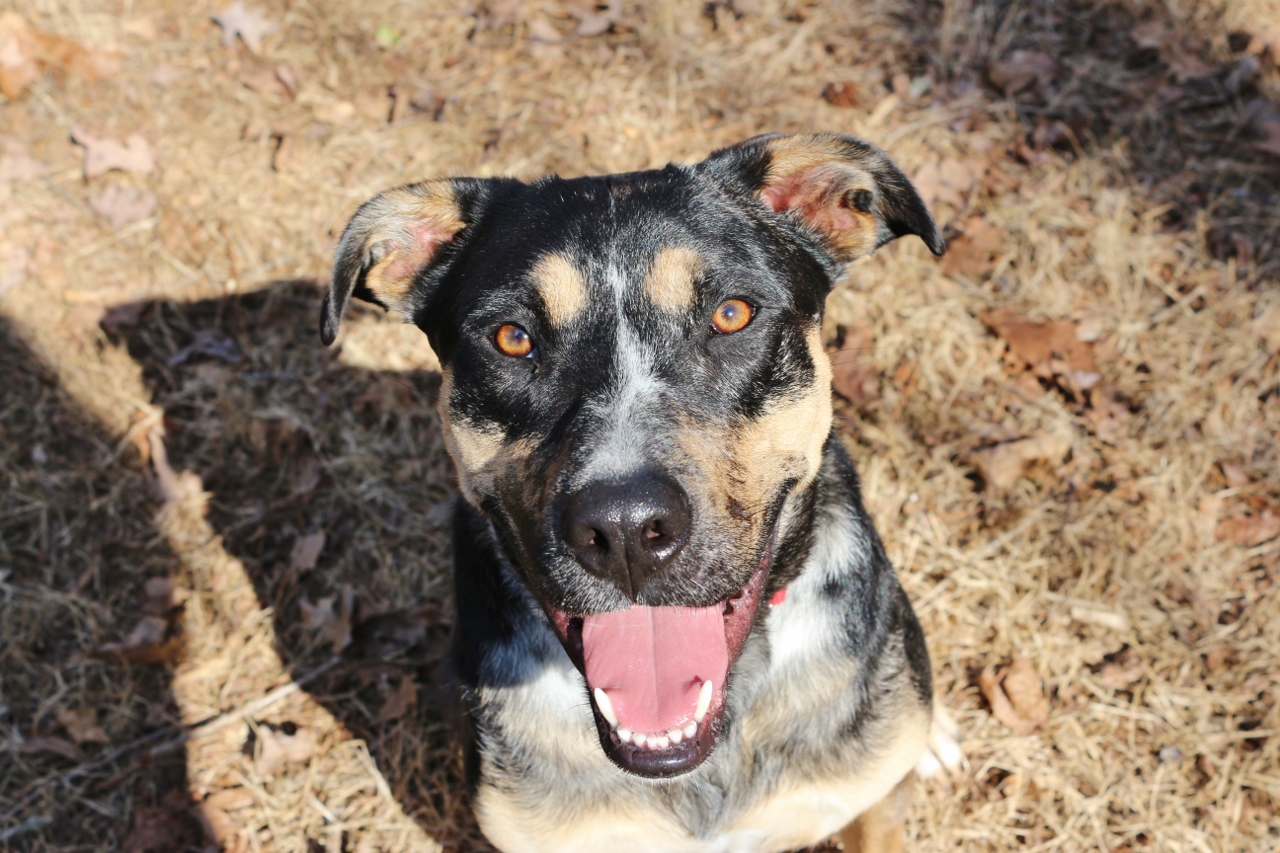 Zeus is a big, wiggly goober looking for somebody to love!

Meet Zeus, a year and a half old, male, blue merle Catahoula. Zeus was originally adopted from Carolina Hearts at 12 weeks old, but was returned when his energy level proved to be too much for his original adopters. Zeus was born in May of 2013 and weighs about 63 pounds.

Zeus is a very active boy who would excel as a running or walking partner – his foster dad calls him the best walking buddy he’s ever had. He walks very politely while wearing his gentle leader and is all business when he is in “go mode” – rarely stopping to sniff or dawdle. He also loves playing fetch and chase – this boy will need an active family to keep up with his energy needs! He does well with most dogs, but his exuberance may rub some the wrong way. He has done particularly well with an alpha female to keep him in line and loves playing and wrestling with his 13lb mini-doxie foster sister. He does well with dog savvy cats, he will consider giving chase if they run but has only play on his mind.

Zeus’ foster mom lovingly refers to him as Marmaduke – and this boy is just as lovable, goofy, and occasionally clumsy as his name sake. In true Catahoula form, Zeus is an exuberant boy who can, at times, be a bit mouthy and always wants to play. He has never met a stranger and greets everyone with a wagging tail and excitement. His foster family is working on a solid “sit” for greetings and redirecting play to toys (which he loves and is rarely without at least one in his mouth) – for these reasons Zeus would do better in a home without children under 12.

Zeus is an awesome boy who is going to make a fabulous companion to an active person or family! He is house and crate trained, UTD on vaccination, neutered, and microchipped. He is currently fostered in Charlotte, NC and his adoption fee is $250.

Fill out an application for Zeus here!